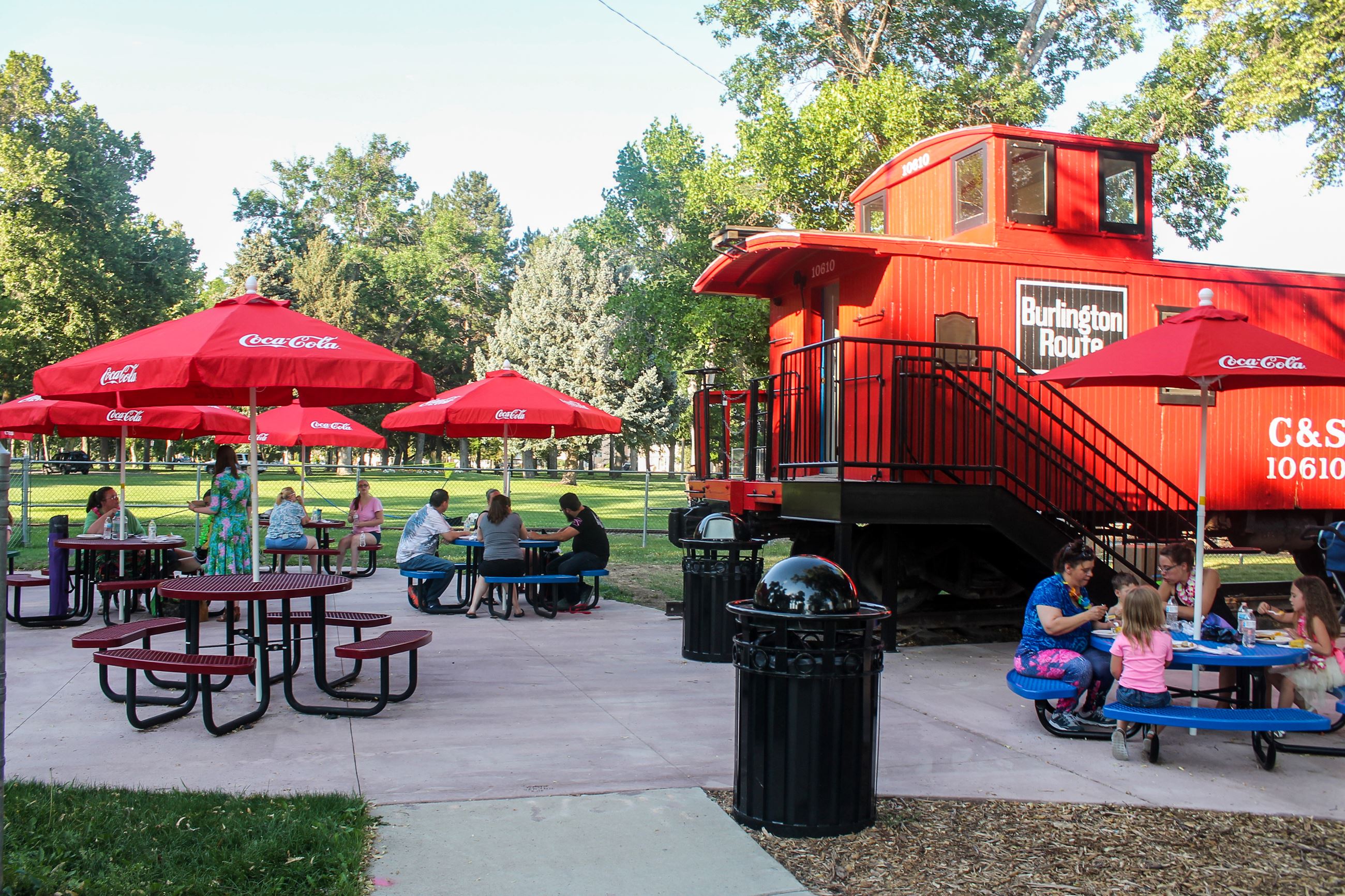 C&S Caboose 10610 was built in the Colorado & Southern Railway shops in Denver in 1944.  The wheel sets and some of the hardware may have come from older freight cars.  The car is wood sheath inside and out, but has a steel frame in the center.  Its weight is approximately 19 tons.

The caboose served in freight service in and out of the Denver terminal until it was permanently assigned to the C&S Leadville to Climax Line in the early 1970’s. There its primary purpose was to handle rail business for the American Metals Molybdenum Mine at the top of Freemont Pass. It stayed in the round house at Leadville until it was purchased by Mr. Carmen Bucciarelli in the late 1970’s.

Mr. Bucciarelli wanted to have a C&S caboose on his property because the rail tracks on Erie Street at one time were the Colorado & Southern main line to Denver. It remained on display at the Erie Street location until Mr. Bucciarelli sold his business in 1989 and donated the caboose to the City of Pueblo.

We anticipate C&S Caboose 10610 will be around for a long time as a symbol of the railroad past and to serve the patrons of our City Park.