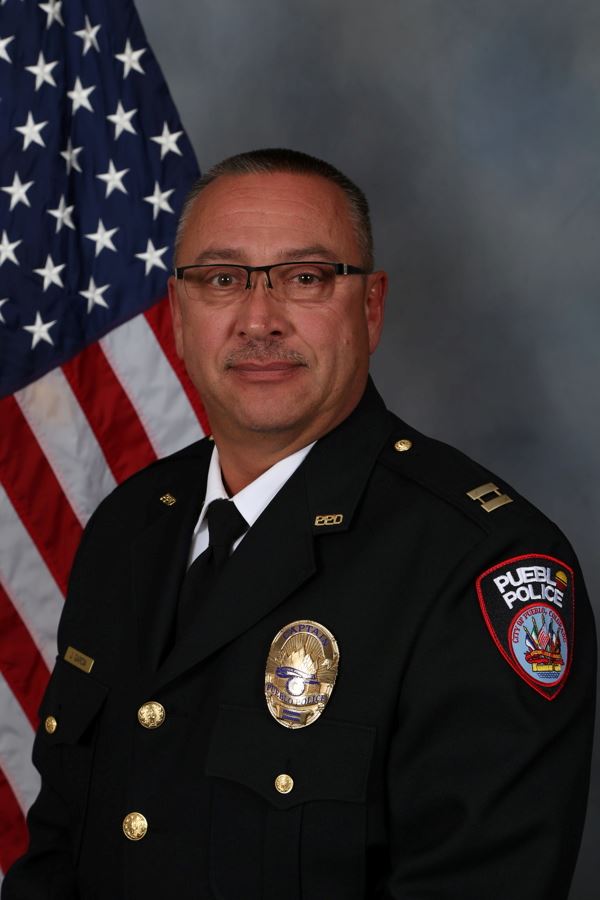 Acting Deputy Chief Garcia is a veteran of the U.S. Army and a Pueblo native who has been with the Pueblo Police Department since 1991.
In the past twenty-nine years he has had numerous assignments to include Patrol Division, Crimes Against Property, Crimes Against Children, Detective Sergeant, Patrol Sergeant, CALEA Accreditation, and Watch Commander for Watches I, II and II. He is currently assigned to Support Services. The Support Services Division encompasses the Communication Center, Property & Evidence, Records Section, Fleet, Building Maintenance, and all Technology driven equipment for the Department.

Captain Garcia has an AAS degree in Avionics and a Bachelor of Science Degree in Criminal Justice. 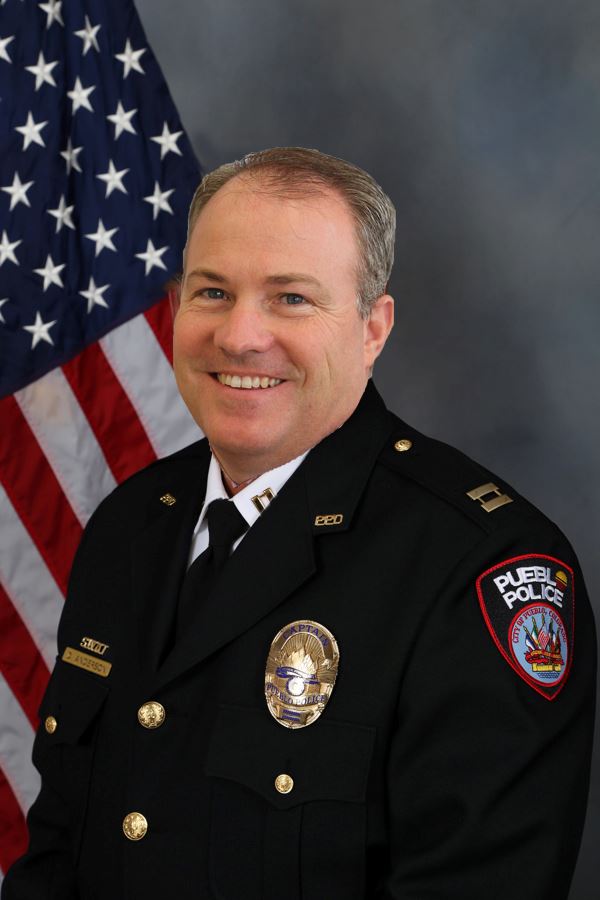 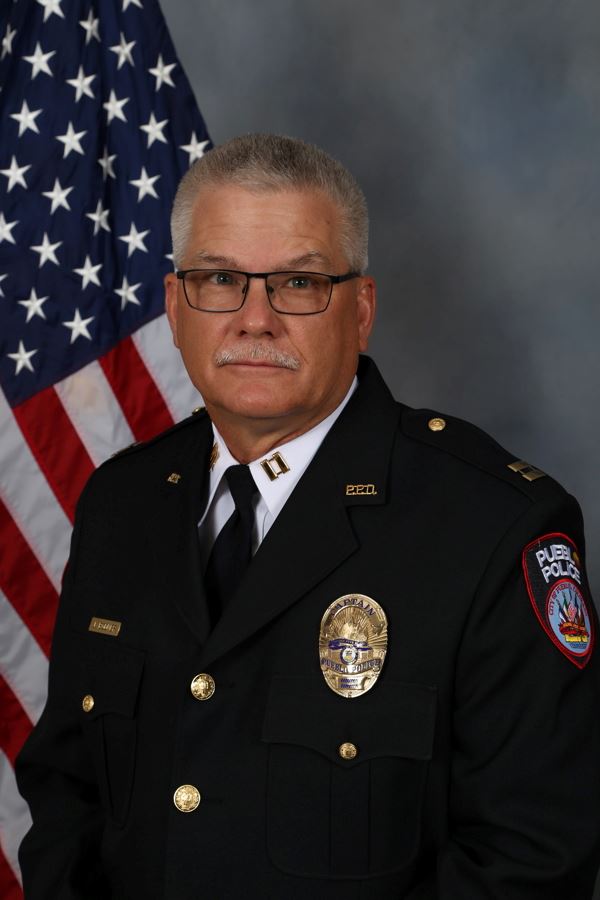 Over a 28-year career Captain Bodmer has had the opportunity to work several assignments throughout the Department including: patrol officer, field training officer, detective, firearms instructor, patrol sergeant, detective sergeant in the special operations section, detective sergeant in the narcotics/vice section, patrol watch commander, and his current assignment over the Special Investigation Division. Captain Bodmer has also been an instructor for the Pueblo Law Enforcement Academy for the past 20 years teaching firearms, building searches and active shooter response.

Captain Bodmer earned a bachelor of science degree from Colorado State University- Fort Collins, is a graduate of the FBI National Academy session 247 and actively seeks out on-going training and educational opportunities. 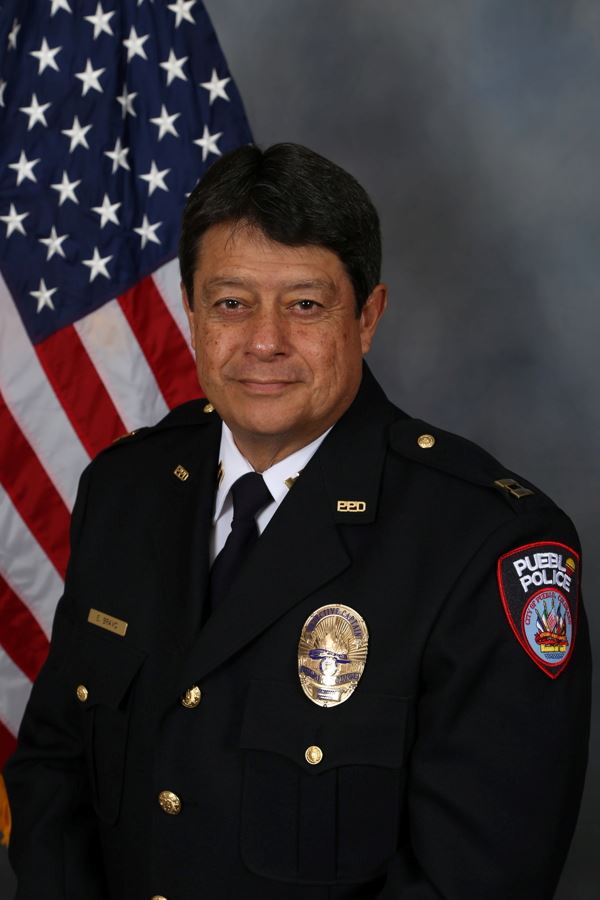 Captain Eric Bravo is a 29 year veteran of the Pueblo Police department. He has worked in Patrol, Narcotics, Investigations/Crimes Against Persons and most recently assigned to the Criminal Investigations Division as Commander. He spent 21 years on the SWAT team as both an operator and supervisor.

Captain Bravo holds a bachelor’s degree in Sociology from the University of Southern Colorado and a master’s degree in Executive Leadership/ Criminal Justice from CU Denver. 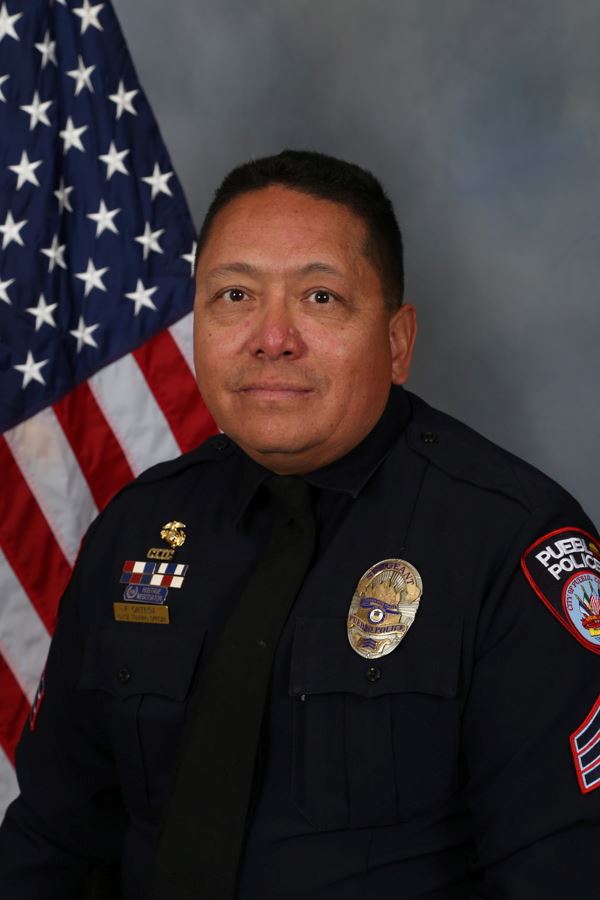