THE GREASE BENEATH OUR FEET – PART ONE 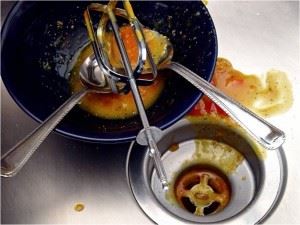 Whether you’re an imaginary “Top Chef” competitor or just a weekend bacon eater, chances are you’ve produced some serious grease and maybe even poured it down the drain. You’re in the zone, pans are sizzlin’, knives are choppin’, and a quick swoop to the sink and your grease problem is solved! Only to find yourself a day, a month, a year later calling a plumber in a panic because sewer water is backing up in places you never thought you’d see it – the toilet, sink, or tub.

Most of us turn on the tap and never think about where that water, and the grease and food scraps we send with it, goes. The truth is your drain is not just your drain; it’s the beginning of a connection to a massive infrastructure. Since the system is too big to describe in one post, this is the first of a series I’m calling “The Grease Beneath Our Feet.”

I blame Teenage Mutant Ninja Turtles for our sewer misconceptions. When wastewater enters your drain it flows through a pipe system that’s usually only about 4 inches in diameter. Leonardo and Donatello are not surfing in this system. Once the water begins to cool (which FYI it will do faster in winter) the grease begins to harden and stick to pipe walls closing off the flow of water. Food scraps chopped up by your garbage disposal just add to this mucky mess.
Some will say, “Ah ha, my solution is to follow my grease with hot water! That way it will flush it further down the line and my city will be responsible.” Personally, I’m not a risk-taker, and you just never know when that grease will cool. While you might have a cleanout next to your house, municipalities can’t work on private property and the City cleanout is generally much closer to the street, leaving you responsible for lots of pipe. Avoid the hassle of a potential backup by pouring grease into a soup can, freezing it and throwing it out in the trash. Here are some other useful tips. Stay tuned for the next step in the system, when grease in the mainline becomes a neighborhood affair.

Once the pipe meets at the clean out the “responsibility” shifts from the homeowner to the municipality, but everyone’s actions affect the health of the system. Running hot water behind liquid grease may keep it from cooling until it gets to the main line, a larger pipe system that usually runs down the middle of your street, but it’s not the neighborly thing to do. Main line blockages can cause sanitary sewer overflows (SSOs). SSOs mean sewer water has pushed through a manhole and is flowing in the street, potentially down the storm drain to local waterways. This requires immediate response from stoppage crews who use vacuums, pressurized hoses, and sometimes cutters to clear the stoppage. The mess, health risks, and costs are bad enough, but communities with too many SSOs also risk fines from the Department of Environmental Quality.

Although the grease may seem out of sight out of mind from the surface, wastewater departments have CCTV cameras that they deploy after a stoppage to try and identify the cause. The tiny camera has wheels and can be lowered into the sewer and “driven” along the sewer 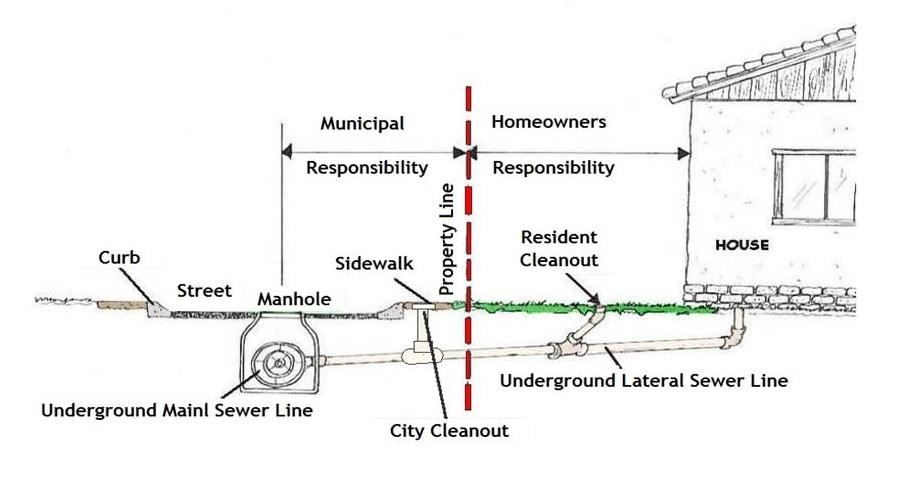 pipe. The exact location of problems such as grease, roots, and pipe damage are recorded for cleaning, replacement and repair. Private sewer laterals, the source of grease in the main line, can also be identified. This is one candid camera you don’t want to be on!

Most municipalities are dealing with aging infrastructure and limited resources and yet have entire teams devoted to sewer stoppages, a mostly preventable problem. By canning the grease you are doing your part to help your community keep costs down and be a safe and clean place to live.

The video below is an example of grease in the sewer system through the lens of the CCTV camera. You can see the greasy sewer lateral on the left.
Grease Lateral Video

The Grease Beneath Our Feet – Part Two