In addition to the Pueblo’s Historic Eastside Greenway Project, an additional grant has been obtained from Colorado State Trails Grant Program.

Project Area Background & Setting
Although the cities of Colorado Springs and Pueblo are 45 miles apart and lie in separate counties, they are inextricably connected by Fountain Creek. Flowing north to south, this creek is the subject of numerous meetings, conversations and projects. Although Fountain Creek is typically characterized as a compromised river system, there are a great number of opportunities that this corridor presents. One of these is recreation, in the context of land preservation. 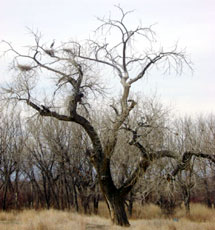 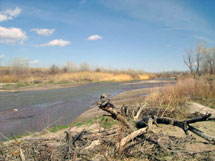 The 6-mile section of Fountain Creek Trail running through the City of Pueblo is connected to the Arkansas River Trail system and these 2 combined facilities constitute 1 of the largest sections of completed trails designated by Colorado State Parks as the Colorado Front Range Trail in the Southern Colorado region. Once complete, the Front Range Trail project will link together communities along the Front Range from Wyoming to New Mexico.
This specific Pueblo Creekside Walk (PUCWA) Project includes the upgrading large portions of the 25-year old riverside bicycle pedestrian trail that was the 1st separated trail constructed in Pueblo. The existing combined trail system is over 22-miles long and links the City’s neighborhoods to several community destinations, such as:
This section of the River Trail also borders some of the city’s historic low to moderate income neighborhoods known as the “Historic East Side,” “2nd Ward,” “Goat Hill” and “East Grove”, a number of which contain a 50% Hispanic population or greater. The need for the safety improvements and upgrades has been identified in several transportation and parks plans. The upgrading of the Fountain Creek and Arkansas River Trail systems has been a goal the City of Pueblo for the past 12 years. This project will provide a major improvement to the bicycle / pedestrian trail system in Pueblo, and a better connection to the improvements already put in place by the Arkansas River Corridor Legacy Project.