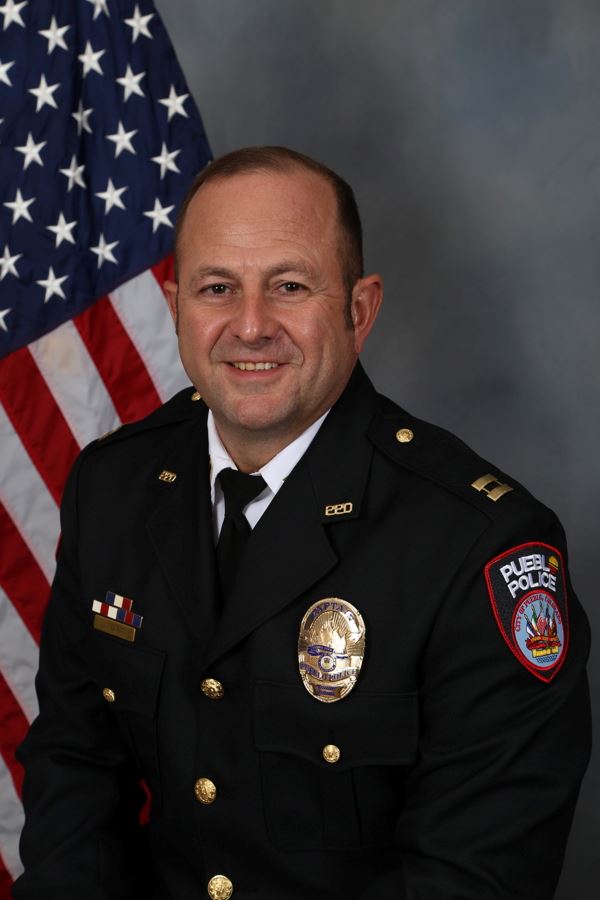 Deputy Chief James Martin has been with the Pueblo Police Department since 2002.

In the past eighteen years, he has had several assignments to include; the Patrol Division, Bicycle Patrol Unit, Crimes Against Property, Patrol Training Officer, Patrol Sergeant, Patrol Training Unit Administrator, and Watch Commander for Watches II and III.

In 2020, he transitioned into his current position as Captain of the Special Services Division, which encompasses Internal Affairs, Professional Standards and Training, School Resource Officers, and the Code Enforcement Unit. 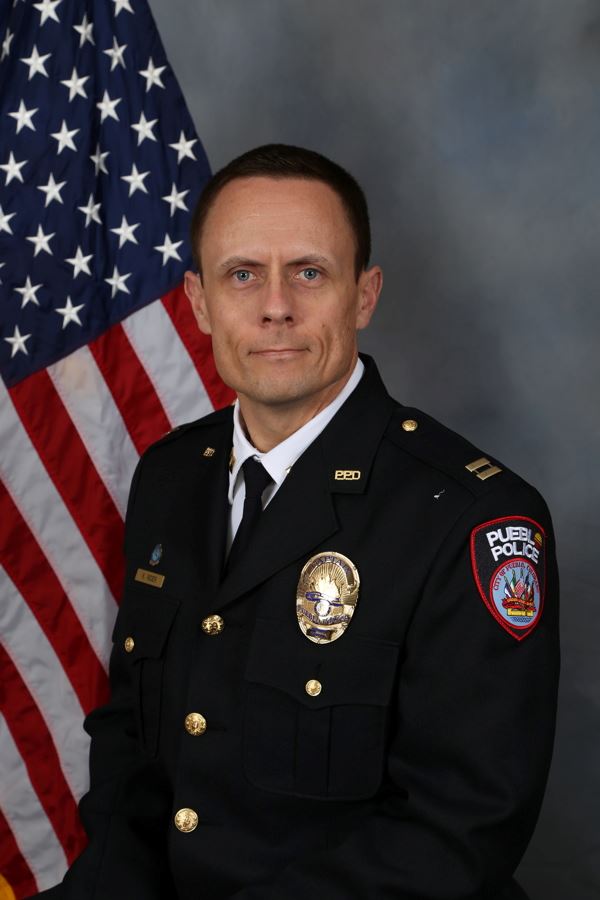 Watch I and II Captain - Patrol

Captain Kenny Rider has been a member of the Pueblo Police Department since 2001. Captain Rider has worked in several different areas throughout the Department, including the Patrol Division, Traffic Section, Crimes Against Property Section, Special Victims Section, Training Section, and most recently the Community Services Division.

Captain Rider earned a Bachelor of Science Degree in Sociology/Criminology from the University of Southern Colorado in 2000, and he is also a 2012 graduate of the FBI National Academy Session 250. 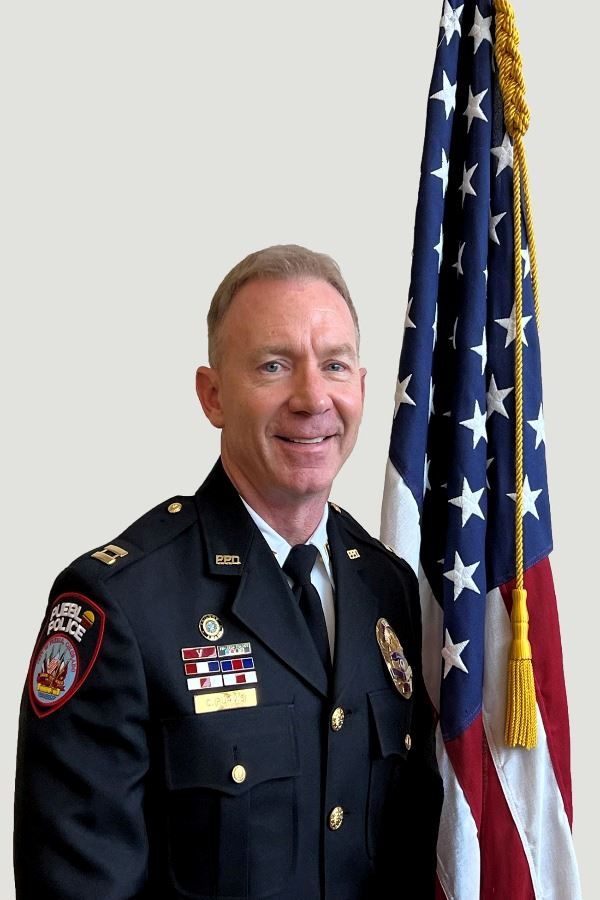 Captain Raymond Corey Purvis has been a member of the Pueblo Police Department since 1997 as is the current Watch Commander for Watch III which works from 1:00 p.m. – 9:30 p.m.

Captain Purvis brings an extensive background in investigations and has led the department in areas of Peer Support and Supervisory Leadership. In April of 2022 he was promoted to the rank of Captain in his current position of Watch III Captain-Operations Bureau.

Captain Purvis earned a Bachelor of Science Degree in Criminology/Criminal Justice from the University of Colorado and is working towards a Master’s degree.